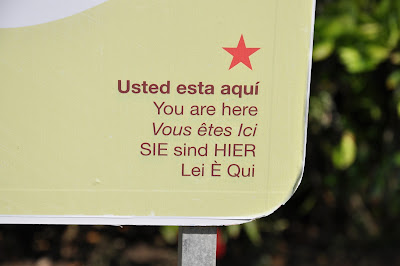 M and I just came back from a lovely week in Cuba.  It had been seven months since my last true vacation (a week off at home for our local theatre festival in July), and I was starting to crack a bit under the strain of constantly having to be on for other people.  A week of sun and books and more alcohol than is recommended was somewhat desperately needed. 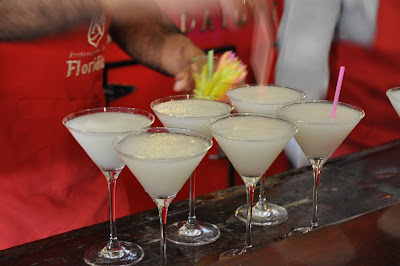 The setup was perfect for relaxing.  We were in an all-inclusive resort, so the most strenuous thing required of us was walking from our table to the buffet to refill our overflowing plates.  And yet, despite being on vacation, I found it hard to turn off the constant chatter in my brain.  When eating, I would be thinking about the books that were waiting to be read; when reading, I'd be wondering what was going to be served at our next meal.   When on the beach, I'd be wondering if I would've been happier spending the day in Havana; when in Havana, I would dream about the beach. 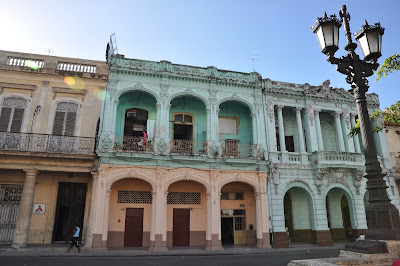 My distractible brain, my ever present companion at home, had followed me to paradise*. 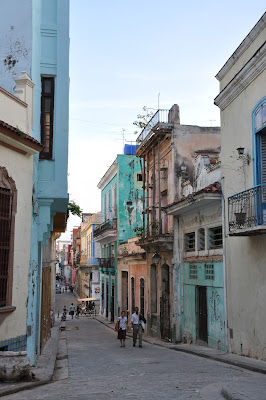 I am so accustomed to my constant thoughts about what else I should be doing and what needs to be done next that it took me days to recognize how ridiculous they were in paradise.  My moment of clarity happened on the beach, when M was snorkeling in the shallow water and I was walking beside her.  I had just come out of the water myself, and I was feeling a bit chilled, and all I could think about was wanting the walk to be over so that I would be back at my beach chair and wrapped in a warm towel. 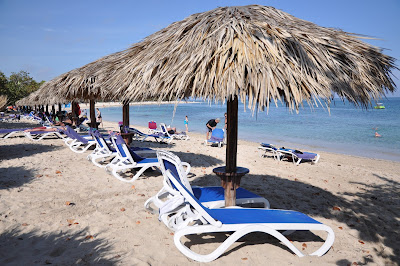 And then I paused.  And I thought "Why on Earth am I wishing this time away?"  Wanting to be back at the beach chair wasn't going to make the distance any shorter or make M swim any faster.  All it was going to do was rob a perfectly good moment of any potential for happiness.  So I stopped, and instead of feeling my usual impatience, I took a look around me.  At the people and the palm trees and the mountains all glowing in the warmth of the late day sun.  And I realized that I was literally in the middle of a postcard. 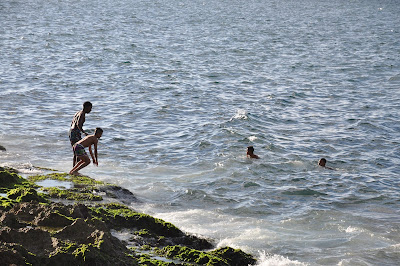 A postcard that I had almost missed, because all I know how to do anymore is rush from what I am doing to whatever it is that comes next.

*I recognize that I am very privileged to view Cuba as "paradise", as that isn't the experience for many of its citizens.
Posted by Solitary Diner (Also Known as The Frugalish Physician) at 9:15 PM 4 comments:

Making Peace with My Food Budget

When I first put myself on a budget about 2.5 years ago, I had to cut out a lot of things to make it balance.  Things like clothing and online shopping got essentially eliminated.  Travel changed from fancy overseas vacations to trips within Canada that I purchased with AirMiles.  Visits to my favourite independent bookstore were replaced by the public library.

But one area that didn't get cut much was eating out.  Throughout training, eating out was my main form of entertainment and relaxation.  It was also an essential way of staying connected with friends and family at a time when my apartment was too messy and my fridge too empty to ever entertain at home.  So despite being ruthless with my spending in many areas, I averaged about $300 a month on eating out throughout my training.

And then I became an attending.

At first, I stuck to essentially the same budget, as I was somewhat obsessed with reaching a net worth of zero.  Once I had worked for about nine months, and I had achieved the long-dreamed-of positive net worth, I started to relax a bit more.  We started eating out a bit more often than before.  And ordering a few cocktails or a bottle of wine with our meals.  And dropping $100+ on dinner at a fancy restaurant, instead of $20 at one of the tasty dives that had previously been our favourites.

When I reviewed my spending for 2016, I was absolutely appalled to discover that I had averaged $600 per month on eating out.  SIX HUNDRED DOLLARS!  Which is utterly ridiculous.  And to make it even more crazy, that only accounts for my contribution to eating out.  My girlfriend was also paying for restaurant meals, and although she tends to pay for the less expensive meals given that she works for a non-profit agency and doesn't earn a physician's salary, she was probably still contributing a few hundred dollars a month to our eating out budget.  And, the $600 was an average for the year.  At the beginning of the year, it was closer to $300 a month, meaning that it was well over $600 a month by the end.  RIDICULOUS!

So in early January, I said enough is enough and put myself on a slightly strict eating out budget of $300 per month.  I figured that I had lived with that level of spending as a fellow, so it wouldn't be all that hard to go back to it.  I motivated myself with calculations of how much $300 a month would be worth at retirement (about $138,000 if I retire in 20 years).  I promised myself that it wouldn't be the end of eating out, but just an opportunity to recalibrate my spending.  I was ready.

It took me two weeks to realize just how many of my favourite moments happen in restaurants and how much I would miss out on if I based my spending on an arbitrary budget instead of conscious choice.  In those two weeks, I spent a Friday night eating takeout with a friend and her young baby while talking about the crazy rollercoaster ride that is being a new attending.  I spent a Monday night at a ramen bar with another friend hearing about her struggles with infertility.  And I spent another Friday night with my partner eating in a cheezy 80s style Greek restaurant because we were both too worn out from the week to even think about cooking.

After the two weeks, in which I didn't quite manage to stick to my eating out budget, I realized that food is my sacred cow.  I'm quite happy to live in a modest home and drive a car that my physician friends make fun of and never own a Coach purse.  But I'm not happy saying no to friends or my partner when they want to get together over food.

So bring on the ridiculous food budget.  I'm ready for some tapas.
Posted by Solitary Diner (Also Known as The Frugalish Physician) at 6:10 PM 7 comments: