Things that are Hard After a Breakup

Being one person in a bed meant for two*.
Discovering she took the popcorn after you plug in the popcorn maker.
Paying fees to change the plane tickets for a trip you were planning together.
Losing custody of your Wednesday night trivia team.
Running into her friends and not knowing whether they know.
Running into her friends and knowing that they know.
Leaving the carrots out of your soup because she took the peeler.
Becoming solely responsible for the emotional needs of your cats.
Changing the beneficiary on your investments.
To your mother.

*Also awesome.
Posted by Solitary Diner (Also Known as The Frugalish Physician) at 7:41 AM 2 comments:

I keep opening this post, typing a few sentences, deleting them, and closing the post again without publishing anything.  I alternate between wanting to write a few lines to get it over with and wanting to pour everything in my heart out, consequences be damned.  I suspect in the end I'll do something in between, although it's hard to know, because whereas I usually have some idea of what a post will look like before I write it, this time I'm improvising.

I've heard it said that life keeps giving you the same lesson, over and over again, until you learn it.  For me, the lesson that I seem to be unable to learn is to let a relationship go the first time it ends.  In every long-term relationship I've ever been in, after the relationship has fallen apart, I've always gone back to see if the pieces could be reassembled.  Instead of just dealing with the loss and moving on from it, I've let myself be stuck in the process of the relationship ending, asking over and over again, "Can I make this work?"

The answer, of course, is no.  With rare exception, a relationship that has truly ended - in a furniture-moved-out, shared-possessions-divided-up kind of way - can't be made to work.  And that is the long and the short of what happened with M and I.  Our relationship ended over a year ago when I called it quits, but thanks to optimism and poor judgement and the ability of good memories to block out the bad ones, I invested a whole other year into making absolutely certain that it was over.

It hasn't all been bad.  In the past year, we've eaten chicken wings at trivia night and picked strawberries at the U-pick and camped under multiple starry skies.  We traveled to Europe in the Spring, eating currywurst in Berlin and waffles in Brussels.  There has been a lot of struggle and a lot of unhappiness, but there has also been life, in all of its beautiful imperfection.  And while I wish we hadn't been so unhappy, I don't wish away our last year together. 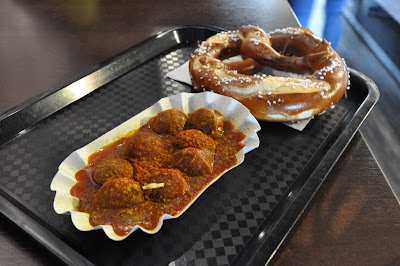 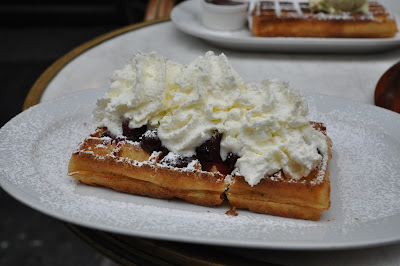 ZebraNRP at Mothers in Medicine wrote a beautiful post recently about the end of her marriage, and I have gone back to it multiple times over the past few months, while I've been witnessing the last days of my own relationship.  I love her idea that something isn't a failure just because it ends.  I also love the poem that someone included in one of the comments, and it seems like a fitting way to end this post.

Everyone forgets that Icarus also flew.
It’s the same when love comes to an end,
or the marriage fails and people say
they knew it was a mistake, that everybody
said it would never work. That she was
old enough to know better. But anything
worth doing is worth doing badly.
Like being there by that summer ocean
on the other side of the island while
love was fading out of her, the stars
burning so extravagantly those nights that
anyone could tell you they would never last.
Every morning she was asleep in my bed
like a visitation, the gentleness in her
like antelope standing in the dawn mist.
Each afternoon I watched her coming back
through the hot stony field after swimming,
the sea light behind her and the huge sky
on the other side of that. Listened to her
while we ate lunch. How can they say
the marriage failed? Like the people who
came back from Provence (when it was Provence)
and said it was pretty but the food was greasy.
I believe Icarus was not failing as he fell,
but just coming to the end of his triumph.

Posted by Solitary Diner (Also Known as The Frugalish Physician) at 7:51 PM 14 comments:

Email ThisBlogThis!Share to TwitterShare to FacebookShare to Pinterest
Labels: Being an Adult is Hard, Endings, Grief, Relationships, The (Now-Ex) Girlfriend

After a brief period of activity, I've been quiet here for the past few weeks.  It isn't because I've had nothing to write about.  I've actually had too much to write about, but I simply couldn't, and so I've been silent.

M and I have separated.

I will likely write more about this in the future, as I enjoy oversharing personal information on the internet, but that's all I'm going to write for now.

Posted by Solitary Diner (Also Known as The Frugalish Physician) at 12:14 PM 5 comments: