And Then I Went to Caen

This trip continues to whirl by.  As mentioned in my previous post, I had terrible internet access in Caen, so I basically gave up on posting to my blog or even Facebook for the entire time I was there (I did manage to post a few photos of the tasty food to Twitter).  I am now in Dijon, and I have internet access again, so I will make more of an effort to post.  But there is so much to do, it's hard to tear myself away from the doing!

Caen was not an intentional destination for me.  While searching through places to visit in France, I fell in love with the tiny seaside town of Honfleur, and decided to use Caen as a home base for visiting Honfleur, which is accessible only by a very long bus ride*.  When I arrived in Caen, I actually wondered if there would be enough for me to do there.  And yes, there was more than enough.  I needn't have worried.

Caen's main draw is as a site for World War II history.  Almost 80% of the city was destroyed by Allied bombings around the time of D-Day, so it contains a lot of buildings that were rebuilt after the war, as well as many that still show major signs of damage. 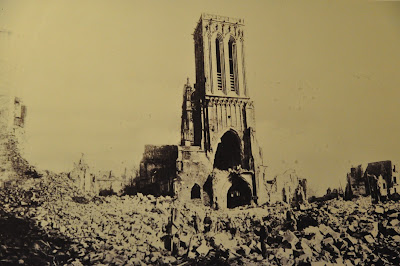 (A photo of the church down the street from my apartment (Église Saint-Jean) following the bombing.) 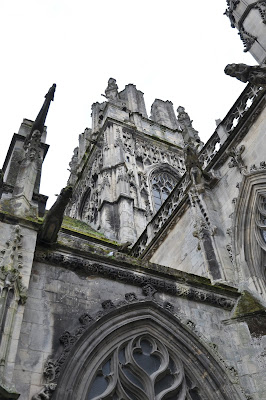 (Although most of the church has been rebuilt, this tower still shows evidence of the damage.) 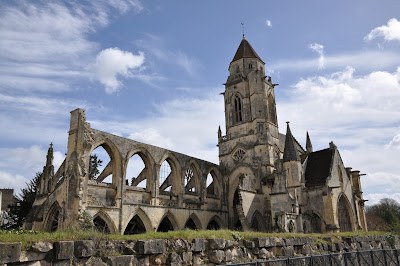 (Another church in Caen that was so badly damaged that they didn't even try to rebuild it.)

It was surreal to see partial remains of churches and to walk through the Abbaye-aux-Hommes (Men's Abbey), which is the burial site of William the Conquerer ("Guillaume le Conquérant") and also a place where the citizens of Caen took refuge during weeks of bombings. 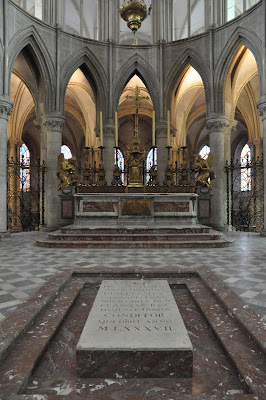 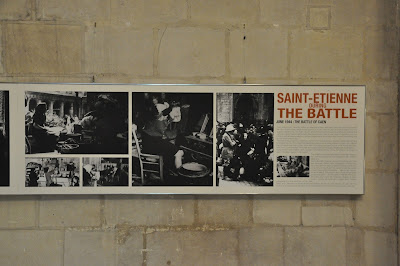 For me, the best but also most difficult part of the visit was going to the Memorial de Caen, which is an amazing WWII museum.  It covers the history of Europe post-WWI, the rise of fascism**, the German military campaigns, the concentration camps, and the eventual liberation of Europe starting with D-Day and the Battle of Normandy.  It was amongst the best museums I've ever visited. 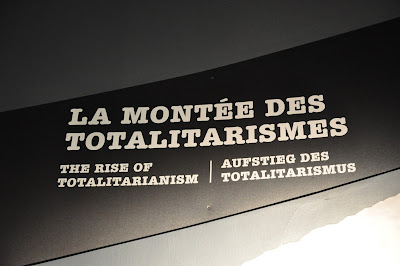 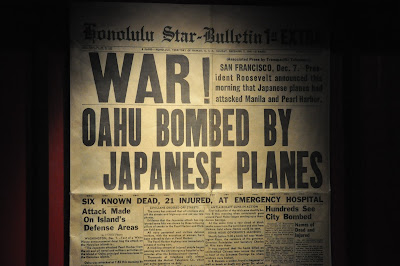 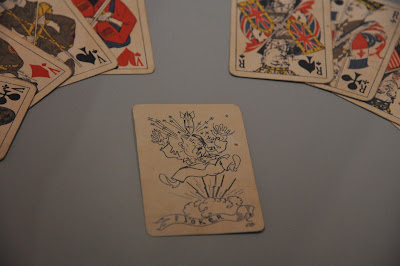 Reading about the concentration camps, seeing the photos and records of what people did to other people, breaks me a bit every time. 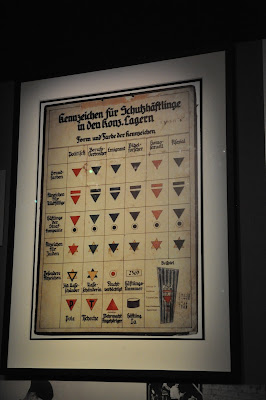 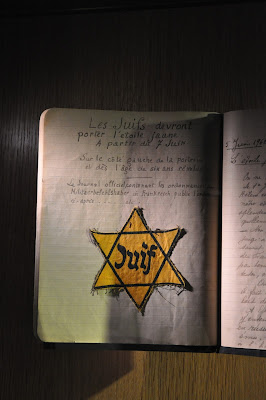 But when I see what physicians did?  That's when I ugly cry in the corner. 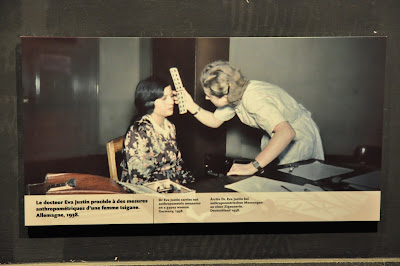 *In the end, I didn't even go to Honfleur, as I decided that I didn't want to spend 5 hours on a bus when I could instead use the time to see more of Caen.  Je ne regrette rien.

**The parallels between the rise of fascism and what's happening in the US right now are terrifying.
Posted by Solitary Diner (Also Known as The Frugalish Physician) at 3:26 PM