Remember how my living room looked on Friday? 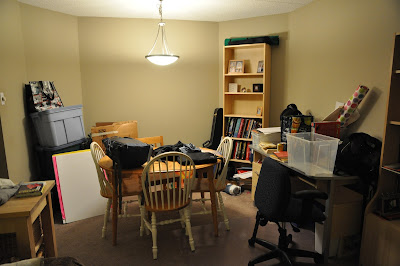 This is how it looks at the end of the weekend: 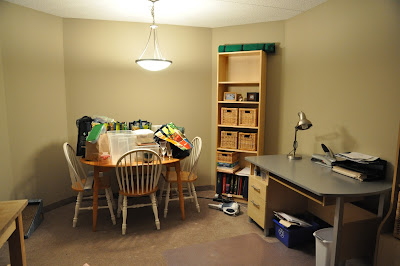 The after photo doesn't quite do it justice, as everything that is currently on the table is waiting for someone to pick it up and take it away.  There will be a lot of empty space once it's finally done.  Including space for games nights!

A few more before and afters: 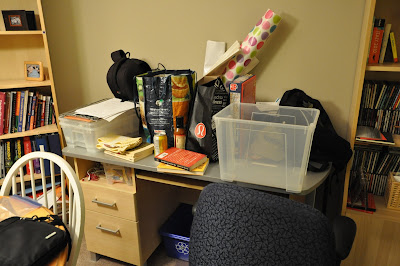 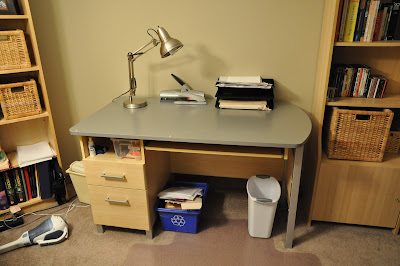 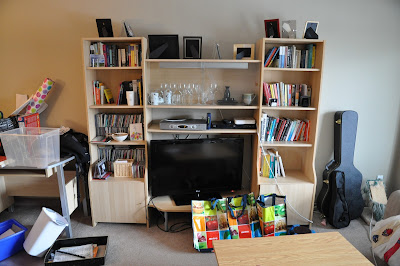 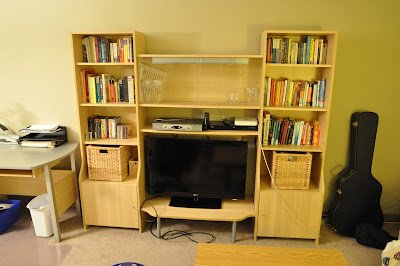 The light in the photos is terrible, but you get the idea.  I have gotten rid of a lot of clutter.  So far I think I've done a reasonable job of not getting rid of important things, with two notable exceptions.  First, I gave away some chargers that I thought were old and not in use anymore, but which turned out to be for my bike lights.  So I'll need to get a new charger before bike season next year*.  And second, I gave away a tea set to one of my friends, and a few hours later, she texted me to say "You didn't look in the teapot before you gave it to me, did you?"

Turns out I had stashed $130 in cash in it at some point in the past.  (Years and years ago, perhaps?)  I'm really glad I gave that one to a friend instead of putting it in the lobby of my building.

Anyone else decluttering right now?  How is it going?

*Also a new bike, as I had previously been using the ex-girlfriend's bike.  Sigh.
Posted by Solitary Diner (Also Known as The Frugalish Physician) at 6:39 PM

Email ThisBlogThis!Share to TwitterShare to FacebookShare to Pinterest
Labels: Being an Adult is Hard, Goals, Minimalism, NaBloPoMo, Weekends